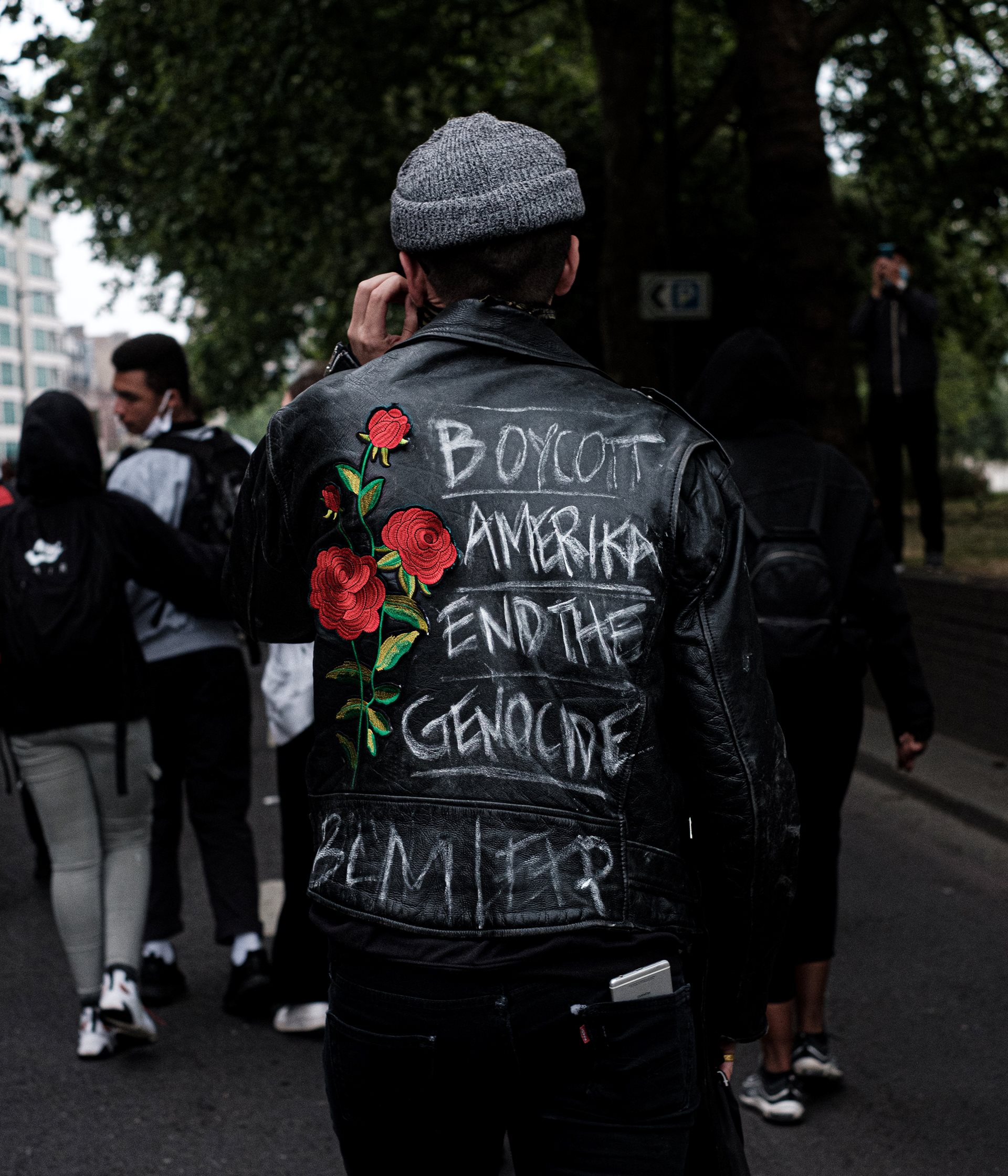 One of the fundamental benefits of social media is that it provides a platform for everyone’s voice to be heard, without filter – ultimately enhancing free speech.

In a utopian world it facilitates healthy debate where it is okay to disagree with others and well-reasoned arguments can be presented by both sides. Typically, most people fall into a middle ground where they listen to the debate but rarely post views one way or another.

Dentsu research, our Consumer Connection Survey, shows that whilst 61% of the UK population read other people's posts on social media every week (71% at least monthly), only 23% actively post on social media every week (40% post monthly).  These figures are similar across multiple markets; only 34% post weekly in the USA and Spain, and drops to 31% in Australia, 27% in New Zealand, 23% in Taiwan, 18% in France, 15% in Germany and 14% in Japan.

What we increasingly see is social media being used as a turf war between the smaller numbers of more extreme opinions, each trying to outshout the other without listening to counter arguments, which ultimately shuts down debate. So rather than being a platform for healthy debate, Social becomes a divisive platform for polarising extremists. A majority of Britons (57%) say they have, at least sometimes, stopped from expressing their political or social views for fear of judgement or negative responses from others.

The malicious intent behind cancel culture

This is leading to what some are calling a ‘cancel culture phenomenon’ where those with strong views try to cancel another person or a brand whom they disagree with, or, in the extreme, dox someone – where they search for and publish private or identifying information on the internet, typically with malicious intent. The perceived threat of no-platforming by some has become such a concern in the UK that in 2021, it led to the Higher Education (Freedom of Speech) Bill, which covers England's universities, giving people who believe their freedom of speech has been impinged the power to go to court to seek financial compensation.

Paradoxically what this is means is that we run the risk of social media suppressing free speech for fear of cancel culture. Many people argue that cancel culture does have its benefits, such as allowing less powerful people to have a voice, helps marginalized people hold others accountable when the justice system doesn't work, and cancelling is a tool to bring about social change.

What is clear is that not all actions or events create a social media storm or progress to the, so called, cancel culture.  Social movements take off, more often, due to a perfect storm of circumstances.  Several things occur at the same time and generate the motion to drive a cause forward.  Generally, they have 3 common elements; a newsworthy or shocking revelation; social media connects people fast and allows an idea or sentiment to spread in a flash; and an underlying issue or sentiment has bubbled to the surface leading people to finally express their views.

From a brand perspective the concept of cancel culture has implications on future actions and engagement with potential consumers. Brands are being held more to account and there is no hiding. That is a good thing, but culture changes and what is socially acceptable today may not be in ten years’ time, and while there is a statute of limitations for criminality, it seems there is no such forgiveness for art, music, entertainment, opinion, or expression. A 2018 Edelman global study showed “Nearly two-thirds (64 percent) of consumers will buy or boycott a brand solely because of its position on a social or political issue.” Brands should take note that “A majority (60 percent) of respondents say brands should make it easier to see what their values and positions on critical issues are when they are about to make a purchase.”[i]

The ‘Why’ behind consumer reactions to brand behaviours is called out in an article on Pop Neuro (a neuromarketing blog on consumer psychology). “Cancel culture, or call-out culture is the public backlash celebrities, brands, and influencers face after contradicting consumers’ beliefs. Cancel culture exists because social identities exist. We follow brands and celebrities, in part, as a form of self-expression. And at an extreme, we also "cancel" them as a form of self-expression.”[i]  Basically, consumers’ motivations to support or vilify a brand relates back to their own self-perception and it is important to them that brands represent their shared values.

In the wake of the killing of George Floyd, a number of brands voiced their support for the #BlackLivesMatter movement, but many were accused of hypocrisy with consumers asking whether they were genuinely involved in the anti-racism cause, or if they were just trying to raise their profile and tailgate on culture. Nike was one of the many brands voicing their support and backed it up with public actions and ad campaigns, yet attention was drawn to the fact that in 2019 less than 10% of its 300-plus vice-presidents worldwide were black.

Pride has gained considerable support over recent years and many brands have been seen to support Pride campaigns using the rainbow to identify with the pride sentiment.  But increasingly campaigners are flagging that it can feel tokenistic if the brand is not making meaningful change and they accuse many of rainbow capitalism. Consumers expect a brand’s actions to live up to their claimed support. 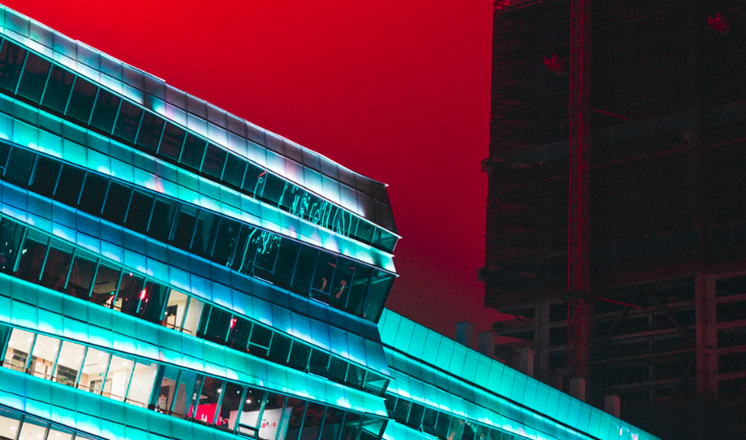 Why brands need to consider their actions

Additionally, brands need to remember that their actions can come back to haunt them after the event. Star Wars actor Jon Boyega quit as brand ambassador for perfume brand Jo Malone after he was removed without his knowledge or consent from the Chinese version of an ad he shot for them. The campaign featured Boyega traveling through his hometown of London but in the Chinese version he was replaced by a Chinese actor. Jo Malone apologized and removed the offending ad. Yet they later tweeted their film featuring John Boyega won The Fragrance Foundation Virtual Awards 2020 for Best Media Campaign, and the reaction in social media was not what they hoped.

Having said that, owning up and taking responsibility for poor historical behaviour can be redressed if handled well.  In June 2020, L’Oréal Paris made a statement about supporting the Black Lives Matter movement in the wake of George Floyd’s death, but Black model Munroe Bergdorf tweeted that L’Oréal was being hypocritical after the way it treated her (they had fired her over a Facebook post that spoke about white supremacy following the Charlottesville riots). Her words sparked a boycott, with many of Bergdorf’s followers saying they would not purchase the brand again. L’Oréal Paris Brand President Delphine Viguier addressed Bergdorf in a statement, hired her to be part of a new U.K. Diversity & Inclusion Advisory Board, and donated $50,000 to transgender organization Mermaids and U.K. Black Pride. She addressed their inferior performance in the past and took solid action to show they were working on being better.

How authentic brands are getting it right

Conversely, there are brands out there getting it right and living their values as a company. Ben & Jerry’s also came out in support of #BlackLives Matter in 2020 and posted on the need to recognise and tackle “systemic and institutionalised racism” including a statement that denounced a “culture of white supremacy” in America, matching a stance and consistent position which they had been promoting 2014.

Finally, one could say that there are positives to be achieved when the voice of the masses calls out actions or behaviours they feel are no longer acceptable, as it can drive change for brands as they become socially aware of their own heritage. Notable examples are the rebranding of some old and much-loved products, where their brand owners understood that their historical branding had negative connotations: Aunt Jemima, Mrs Butterworth’s, and Uncle Ben’s to name just three.

With the ever-increasing impact of social media, if brands want to be vocal about social issues, or in fact connect with their consumers in a more intrinsic way, 2022 is the year brands need to get their houses in order and be authentic.

Download our report ahead 2022: The Return to Why and read more.

At dentsu X we look for motivation in everything we do, for more explore our work.

Our team of experts can help your business beyond exposure, contact us today!